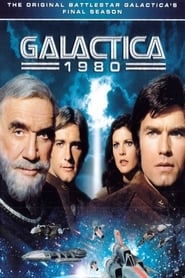 Galactica 1980 is a science fiction television series, and a spin-off from the original Battlestar Galactica television series. It was first broadcast on the ABC network in the United States from January 27 to May 4, 1980. It was later shown in reruns on the Sci Fi Channel.